A great time was had by all when we traveled to Chapel Hill to perform in the 2020 Southern Area Choral Festival. After a full day of rehearsal, we presented ‘The Immigrant Experience’ (a seven-movement choral work) by John Kramer to the Community Church of Chapel Hill. 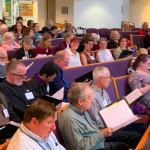 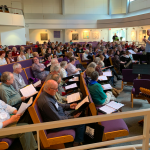 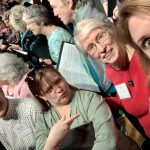 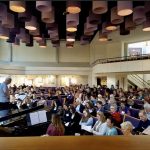 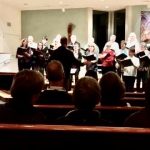 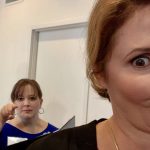 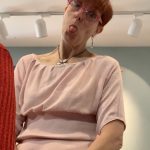 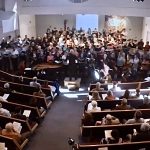 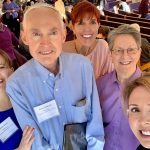 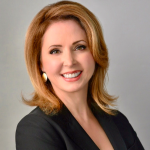 Kaarin Record Leach has spent 28 years as a choral director, music minister, and professional performing artist. In 2018, she graduated with a master’s degree in collaborative piano and vocal coaching from Westminster Choir College, partially completed through Princeton University. She holds an undergraduate degree in music education (also through Westminster) and an additional master’s in science (California State University). She has performed domestically and internationally with conductors including Leonard Bernstein, Robert Shaw, Ricardo Muti, and Yannick Nézet-Séguin along with the New York Philharmonic and Philadelphia Orchestra at venues including Carnegie Hall and Lincoln Center. She was a semi-finalist for the 2019 Fulbright U.S. Student Program, with her ethnomusicology-based proposal being fully supported by the University of Pretoria in South Africa. Kaarin has recently joined forces with Charlotte-based Carolina Voices as their collaborative pianist, whose MainStage choir (of ‘The Singing Christmas Tree’ fame) just completed 10 performances with the Charlotte Symphony. In her free time, she is an active birder and has traveled extensively to Africa, South America, and Japan in pursuit of rare birds and musical treasures.

For more information, please contact our music director at kaarin@puuc.org.

A religious community, Piedmont Unitarian Universalist Church nurtures the spirit, cherishes diversity, cultivates justice and radiates love. We invite you to join us.